Devotional – The Consequence of His Company

Home / Devotional – The Consequence of His Company

12 So they were all amazed and perplexed, saying to one another, “Whatever could this mean?” 13 Others mocking said, “They are full of new wine.” 14 But Peter, standing up with the eleven, raised his voice and said to them, “Men of Judea and all who dwell in Jerusalem, let this be known to you, and heed my words. 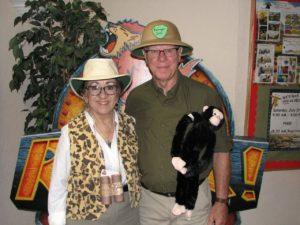 Above the sound of the ecstatic utterances Peter has heard the marveling and mocking of the men who have come to investigate (Acts 2:12-13). Standing with the other eleven apostles Peter begins to deliver a powerful life-changing sermon. He will explain the sign, expand the sermon to focus on the Son of David, and exhort the hearers toward salvation through faith in Jesus.

There is a boldness in him as he raises his voice (Acts 2:14). But it is not based in the type of arrogance that moves a self-absorbed man to speak because he feels self-entitled to the attention of other men. It is not an arrogance but a confidence in Christ and an outworking of the ongoing work of Jesus in his life. Jesus has been doing a mighty work both on Peter and in Peter (Mark 3:14; Luke 24:45; John 20:22); that work now finds it fulfillment in this moment.

Then He appointed twelve, that they might be with Him and that He might send them out to preach (Mark 3:14, NKJV)

Peter’s preaching is the culmination of his training, of his change, and his commitment to fulfill the commission (Acts 1:8; Matthew 28:18-20). The years of being mentored, the time spent praying, and the pouring out of the Spirit have now come together in him to produce the kind of preaching that changes the world.

Jesus is still making great preachers. They are often not formally trained in the best schools, lack the credentials often regarded as required for effective ministry, and cannot be found among the highly sought after speakers of our time. They are men and women who have, by the grace of God, been with Jesus. They have been discipled by Him. In due time they open their mouths to release words that alter the courses of our lives. The secret of their success is in their sanctification, in their being set apart by the Lord for preaching the word, and in their time spent with him.