When we last looked at Abram he was being run out of Egypt for being deceptive (Genesis 12:11, 18-19) and for indirectly causing plagues to be brought upon Pharaoh’s household (Genesis 12:17). His wife is beautiful to behold (Genesis 12:11, 14). How beautiful is she? Sarai is so beautiful that men without scruples would kill Abram to have her. Such an approach to obtaining a wife was not uncommon at the time Abram was making his sojourns. In a foolish attempt to protect Sarai and himself from the dangers associated being married to a bombshell Abram tells Sarai to support him in a half-truth – “Say that you are my sister.” (Genesis 12:13) Abram did this in order to buy himself some time in case some man wanted to take his wife. If an aggressive suitor wanted her he would kill the husband. But if she were not married such a man would negotiate with the brother. The negotiation process would give Abram a moment to plan and execute a getaway. So, he asked his wife to say that they were brother and sister. (Technically it was true. She was his sister by the same father. They had different mothers.)

But not everyone needs time to negotiate. Pharaoh doesn’t and didn’t. Upon hearing about the beauty of Sarai he immediately had her brought to his home (Genesis 12:15). As part of the bartering for the hand of Sarai the king of Egypt began sending gifts to her “brother” Abram. Lots of gifts were sent – donkeys, sheep, camels, and servants. Well, darn! Abram’s scheme did not take into account the fact that some men simply take what they want and negotiate later… maybe.

When it was all said and done God intervened to save their marriage and His covenant. That is, Sarai was saved from being forcefully made the wife of the Egyptian ruler, Abram was rebuked, and their whole group was made to get out of Egypt with an escort (Genesis 12:20). The whole things would have been avoided if Abram had taken into account the promises of God:

Those promises, after Abram did the work of walking by faith away from all he had known (Hebrews 11:8), were unconditional. That is, they were not dependent on Abram’s ethics, courage, savvy, or theological soundness.

The surety of each promise was the trustworthiness of the LORD Himself. There remains one issue: at this time Abram is not acquainted with the attribute of the LORD‘s faithfulness. He does not yet have an experience with God to show him that the promises of provision and protection can be counted upon. A famine and trip to Egypt will prove to be useful teaching tools in the hand of God.

The LORD could have prevented Abram from going to Egypt (Genesis 26:1-2). Instead He allowed the excursus as a means to (1) make manifest issues in Abram’s thinking and (2) prove that provision and protection were not something that he needed to worry about any more. But now Abram is leaving Egypt. What did he learn? He developed a new awareness and his faith was improved. In the material that follows we will look at the outworking of Abram’s new awareness, the fruit of his improved faith, and the contrast between his mindset and worldly ways.

1 Then Abram went up from Egypt, he and his wife and all that he had, and Lot with him, to the South. 2 Abram was very rich in livestock, in silver, and in gold. 3 And he went on his journey from the South as far as Bethel, to the place where his tent had been at the beginning, between Bethel and Ai, 4 to the place of the altar which he had made there at first. And there Abram called on the name of the Lord. 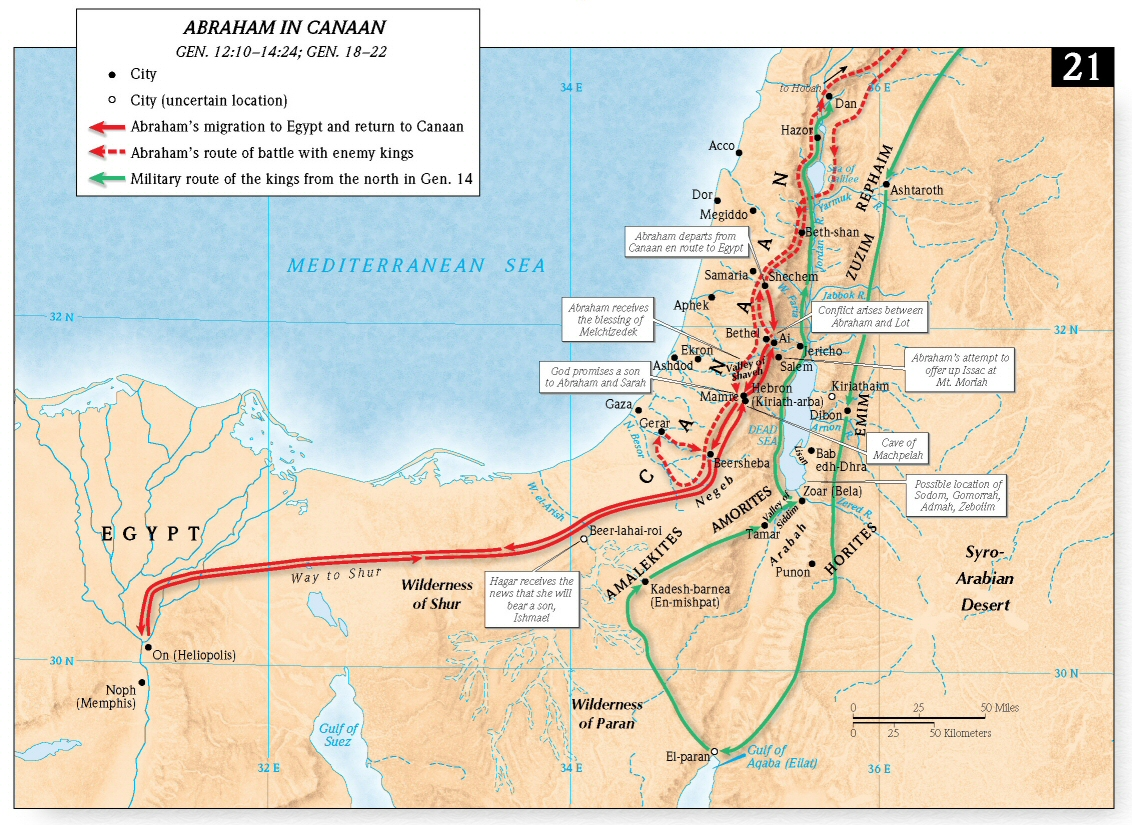 There is a consequence to keeping company – we increasingly look like the people we linger with. In the wonder of worship God works on me and in the place of private prayer my person is affected by His Person.

5 Lot also, who went with Abram, had flocks and herds and tents. 6 Now the land was not able to support them, that they might dwell together, for their possessions were so great that they could not dwell together. 7 And there was strife between the herdsmen of Abram’s livestock and the herdsmen of Lot’s livestock. The Canaanites and the Perizzites then dwelt in the land.

The Problem of Close Proximity (Genesis 13:6)

The Potential Fight in the Family (Genesis 13:7) 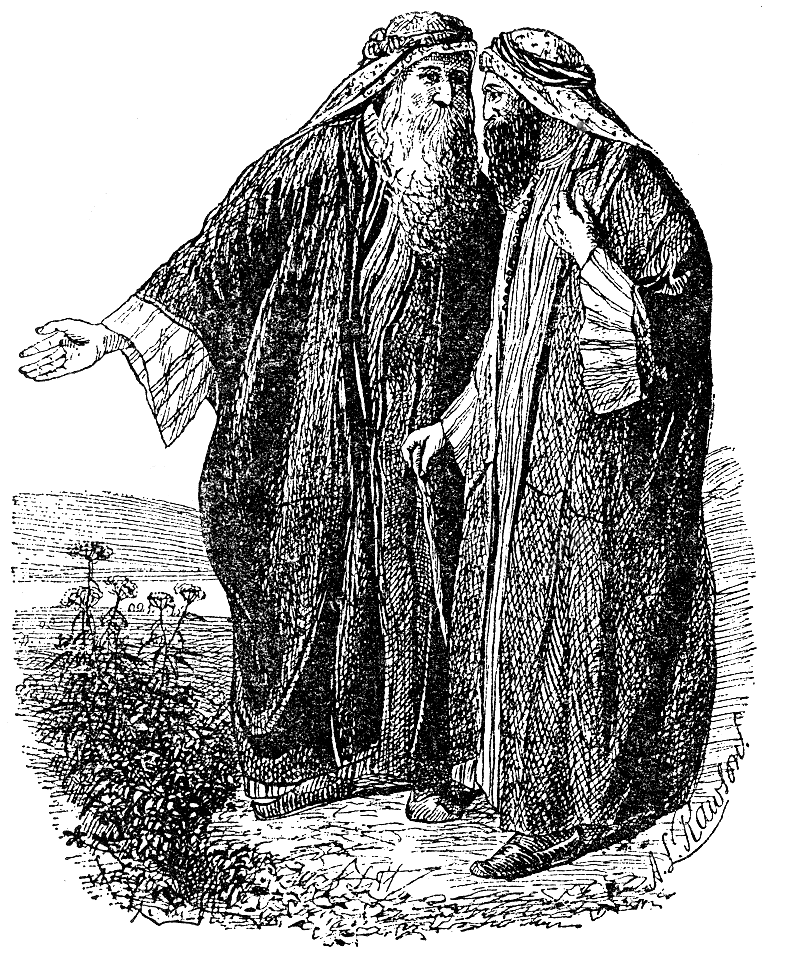 10 And Lot lifted his eyes and saw all the plain of Jordan, that it was well watered everywhere (before the Lord destroyed Sodom and Gomorrah) like the garden of the Lord, like the land of Egypt as you go toward Zoar. 11 Then Lot chose for himself all the plain of Jordan, and Lot journeyed east. And they separated from each other. 12 Abram dwelt in the land of Canaan, and Lot dwelt in the cities of the plain and pitched his tent even as far as Sodom. 13 But the men of Sodom were exceedingly wicked and sinful against the Lord.

14 And the Lord said to Abram, after Lot had separated from him: “Lift your eyes now and look from the place where you are—northward, southward, eastward, and westward; 15 for all the land which you see I give to you and your descendants forever. 16 And I will make your descendants as the dust of the earth; so that if a man could number the dust of the earth, then your descendants also could be numbered. 17 Arise, walk in the land through its length and its width, for I give it to you.” 18 Then Abram moved his tent, and went and dwelt by the terebinth trees of Mamre, which are in Hebron, and built an altar there to the Lord.

Abram Worships as an Outworking of His Faith (Genesis 13:8)