Home / Devotional • Difficulty / The Best She Could With What S … 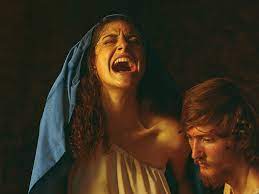 Figure 1 – Mary was a young girl going through childbirth with little earthly help.

A young woman worked under God’s guidance and grace to give a sign of help and hope to others. Did she know that is what she was doing? I doubt it. That is, I do not believe Mary was altogether aware that even her makeshift and meager measures of caring for a Baby were being used in wonderful ways to help others believe.

Luke tells us that Mary brought forth her firstborn Son (ἔτεκεν τὸν υἱὸν αὐτῆς τὸν πρωτότοκον). Although the author is frugal in his use of words those employed in the narrative are pregnant with meaning. We should not make light of the record by being cursory in our consideration of what it says. The travail that was attendant a virgin giving birth to a son after a ninety mile trek from Nazareth to Bethlehem is unusual. Her body had already endured the constant jostling that comes with travel on a donkey for three days. Upon arrival in the city of David the young lady, probably in her early teens, was seized with painful contractions for the first time in her life (Luke 2:6). Pangs and sorrows came upon Mary (Isaiah 13:8; John 16:21) and she experienced the promised pain of bringing her Boy into the world (Genesis 3:16). Take a moment to unpack what she did: after the trouble of being pregnant without having known a man, the trial of travel while near the end of her pregnancy, Mary brought forth her firstborn Son. But her work is not done.

Figure 2 – Yeshua was wrapped in strips of cloth.

Mary, says Luke, wrapped Yeshua in swaddling cloths (ἐσπαργάνωσεν αὐτὸν). What are swaddling cloths? These would have been strips of cloth used to straighten a baby’s body from its fetal position. Against the notion that these cloths were mere baby clothes or that the cloths were entirely normal was the fact that they were a sign to the shepherds (Luke 2:12). Baby clothes on a baby would not have been a sign or an unusual sight to the shepherds in the fields. Finding a newborn baby wrapped like a mummy would have been a sign (Luke 2:16). Mary, probably without knowing that she was doing so, wrapped her Son in such a way that He looked in His first day like He would on His last. But her work is not done.

Making the Most of a Manger

The city of Bethlehem was small and relatively insignificant among the cities of Judea (Micah 5:2). Caesar Augustus (Octavian) had issued a decree requiring everyone to register – it was a census for tax purposes. Joseph, being a descendant of David, would have to go to his hometown of Bethlehem to have his name recorded. In this small town there were not a lot of accommodations for travelers. When everyone shows up for a census it is going to be hard to get a room. (When it is obvious that the very pregnant girl with the guy asking for a room is about to give birth the innkeeper may not have been inclined to be involved or to inconvenience his other guests.) The family ended up in a cave. In that cave Mary laid her Baby in a stone feeding trough; it is probably better known as a manger.

Taken together the Baby, the swaddling cloths, and the manger are a sign (Luke 2:12). Fruchtenbaum writes,

“On the very first day of His life, He was wrapped with the same type of cloth He would again be wrapped with on the last day of His life, showing the purpose of His birth. We were all born to live, but this One was born to die, as signified by His being wrapped in what appeared to be burial cloth.” (Fruchtenbaum, 2016, location 7047)

His first day, wrapped in swaddling cloths lying in cave (Luke 2:7), predicted His last (John 19:40-41). His mother, poor and young, was used by God to create the depiction. Mary worked under the grace and guidance of God to give us the Son, the sign of a Baby in swaddling cloths in a manger, and the sermon of a significant life through the ongoing endeavor of doing your best with what you have. 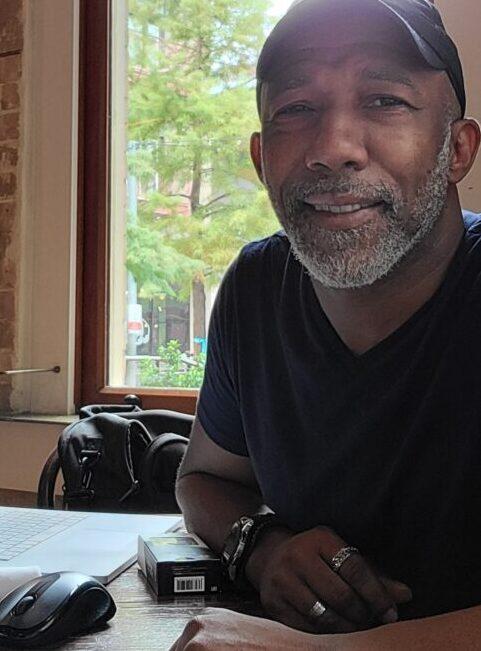 Roderick was born and raised in San Antonio, Texas. His early years were filled with learning about Jesus through the local church; his grandfather was a pastor and his grandmother always encouraged him to love and serve the Lord. Although he was brought up in a Christian home it was not until his second year in college that he made a decision to place the treasure of his trust in Jesus Christ.

Since that time Roderick has been on the adventure of learning from Jesus and helping others to learn about him. Roderick and his wife Darlene reside in Texas. They have six boys, two grandchildren, and a strange border collie.